Tuesday November 27, 2012 I shared my reservations on Superior Venture (OTCBB:SVEN) stock in this article on my website. Supporters of SVEN say it has little substance calling me a basher, hater and many other choice words. I shouldn’t have to do this as you’d think my experience and proven track record in the penny stock industry should speak for itself but I’ve been called out and therefore answered the call below.

Before you read my more detailed report on SVEN, since this one wasn’t good enough for you pumpers… make sure you know I have nothing against stock promotion and think all of Wall Street is a pump and dump. So why do I report on scams like this then? Simple, so beginners don’t get fleeced like my client and now friend Hamad did when he first entered the world of stocks under $5.

Pump and dumps are a part of Wall Street, I get that.   AwesomePennyStocks is good at what they do, I agree with that too. Heck, look at how Facebook banker Morgan Stanley propped up the price of FB stock it helped boost… how shady is that!!! See what I mean about Wall Street being a big pump and dump? So let’s just call a pig a pig! SVEN is a pump  and dump and newbs should leave it alone and if I want to protect newbs from getting crushed, I don’t think there’s anything wrong with that. So, since my first report on SVEN stock wasn’t good enough for many of you, this is why I think stocks like SVEN are only for experienced traders and not for the newbs they attract. Oh and before we go any further, if you are new to penny stocks make sure you get on my FREE email list here.

One such scam company in news these days is Superior Venture Corp. (OTC: SVEN). Before, I get into the details about why I think SVEN is pump and dump, let me just quickly go through some of the claims made by the company in recent days.

Superior Venture claims to be involved in the movie making business through its wholly-owned subsidiary, Ilustrato Pictures Limited.

SVEN hit the news earlier this week when the company’s stock surged more than 200% on Tuesday, November 27. The spike in shares was followed by the announcement that SVEN acquired Ilustrato Pictures, which apparently is a motion picture development and production company focused on co-creating feature film projects with Chinese companies. 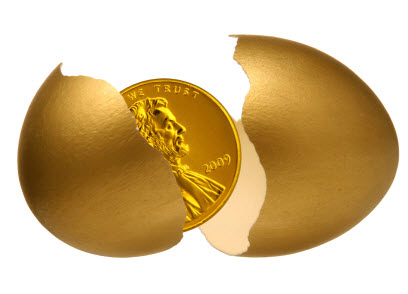 Agreed, the 200% move was sweet and APS is the best promoter on Wall Street, but it’s still not for beginners which is my point and always has been, nobody can argue that with me. I’ve traded promotions and won big and lost big but right now I’m educating beginners. I’ve actually seen expert traders get burned on stocks like this before so you really need to know what you’re doing to avoid big losses when it comes crashing down. But let’s dig deeper first.

On SVEN’s website, the company claims that Ilustrato Pictures offers movie “pre-production services”, which includes original scripts, Hollywood directors, western movie techniques and special effects. This, as the company claims, will increase the value proposition of Chinese films shot inside and outside China. SVEN also claims that Ilustrato also provides up to 30% funding for movies they co-develop with their Chinese movie production partners.

The next big claim made by SVEN is the signing of a development deal with Chinese film studio, Hairun Pictures. The deal apparently was signed at the 2nd Beijing International Film Festival with Chairman of Hairun Pictures, Liu Yanming. The company claims that Ilustrato Pictures and Hairun Pictures were presented with an award by Liu Wei, Beijing’s Municipal Party Committee member, Municipal Publicity Minister and Vice-Mayor, and Tong Gang, head of state Administration of Radio, Film and Television (SARFT) for having the “Most Significant Deal” of the 2nd Beijing International Film Festival.

SVEN has made some tall claims. Surely anything to do with movies and China is going to be huge. In SVEN’s case I think it’s a huge pump and dump scheme.

Let us just analyze what the company has claimed so far. Ilustrato Pictures, according to the company, offers western movie techniques, original scripts and Hollywood directors among other things. If Ilustrato is such an established player in the movie making business, surely one would have heard the company’s name before. Well, I haven’t heard anything about Ilustrato before.

Ilustrato also claims that it was central to the 2nd Beijing International Film Festival. However, browsing through the Beijing International Film Festival’s  website, you find no mention of Ilustrato or Superior Venture. The company says that its movie signing ceremony with Hairun at the festival was a key attraction. Surely, this would have got a mention on the festival’s website. However, there is nothing about the deal or the companies involved. Also, there is no mention of such a deal on Hairun’s website either.

Now lets talk about the people behind SVEN and Ilustrato. SVEN’s CEO, CFO, Treasury and Secretary, and Director is Brian Hammond. Hammond has been the President of Ilustrato since December 2010.

Harry Sutherland is SVEN’s Director. Sutherland has also been the Executive Producer & Company Director of Ilustrato Pictures Ltd. since December 2010. Sutherland, apparently, has been active in the Canadian film industry since the early seventies and is a veteran film producer. However, the company’s website doesn’t mention the films Sutherland has been involved. Surely for a man with so much work behind him, there would be some mention about his work or films somewhere. However, I couldn’t find anything about Sutherland or his film background. The only thing I found was his association with Ilustrato.

Ilustrato’s old website mentions about Peter Bien. However, the new website has no information on Bien. It is strange why the company would not mention Bien’s name even though he was involved with the company until recently.

SVEN says that Ilustrato will provide funding of up to 30% for movies it will co-develop. Ilustrato plans to focus on films in the $2 million to $5 million budget range. However, SVEN’s 10Q filing shows that the company had a little over $9,000 in cash at the end of July 31, 2012.

When the filing was made the company was owned by one Michael Moore (not the famous filmmaker) and SVEN’s was engaged in the wine business. Hammond and Sutherland acquired SVEN from Moore on November 1, 2012 through Stock Purchase Agreement. SVEN has come out with a series of press releases after the company was acquired by Hammond and Sutherland. However, the big question is that if Ilustrato claims to have build a base in China, why didn’t Hammond and Sutherland just approach a major studio in Hollywood with their business proposal.

Finally, SVEN is being promoted by a newsletter that is well known for promoting scam companies in the past.

In all likelihood, SVEN is a huge pump and dump scheme. I wont be surprised if the stock comes crashing down soon. Don’t drink the Kool-Aid newbs, join my family of traders instead!