You think making money in the stock market is hard?

Imagine 20 cars crammed like sardines, racing on narrow roads at a speed up to 200 mph for an hour straight?

One misstep—or lack of concentration can not only end up costing you the race but also your life.

Those are the risks that Formula 1 drivers must face every time they step out on the track.

It’s no secret that F1 drivers are among the fittest athletes in the world. After all, the stress they put on their body and mind is intense beyond belief.

And when it comes to F1, there is one king at the moment—6x F1 champion, Lewis Hamilton.

What does Lewis eat to keep his mind sharp and laser focused on the track?

He eats a plant based diet. Something I picked up too, after watching his documentary The Game Changers. 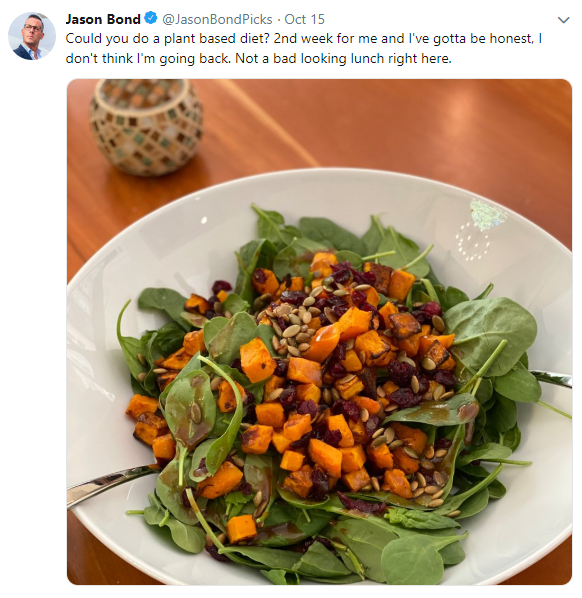 I started my vegan diet a few weeks ago. Now, I don’t know if it’s the diet, but I’ve been crushing it with trading my fish hooks and rockets.

Now, I’m not one of those guys who will listen to a TED talk or watch a documentary and then claim to be an expert. That’s why I decided to do some research on food, specifically, which ones strengthen the mind (and weaken it).

And believe it or not, the foods you eat can dictate your mood, energy and concentration levels.

If you want to become an elite trader then you must treat your body like a temple. To help you gain greater knowledge.

I’ve put together a list of 5 food types that can destroy your traders performance.

The American diet has become cliché around the world.

Huge portions that you feel compelled to eat. Greasy. High Fat. Meat loaded. And sugar or salt covering everything.

This is normal for Americans… and for many traders out there.

It’s what you see advertised. What you see eaten in movies. This is the average way to eat.

Due to this style of eating ─ the U.S. is the most obese country in North America, heart disease being the top cause of death.

The 6th leading cause of death is Alzheimer’s, with 1 out of 3 deaths of U.S. seniors’ deaths caused by it or other types of dementia.

Now, when I see statistics like that… I take a deep dive.

I found many studies out there for heart disease and Alzheimer’s that suggest a change to a healthy diet can help lower your risks and function at the best possible level.

So what are you eating wrong, and more importantly, does it affect your trading performance?

When most of us think sugary drinks we immediately think sodas but now so many drinks now are load with sugar you can’t help but separate them.

A great example would be your morning Starbucks Vanilla Frappuccino which sports 69 grams of sugar. A classic can of Coca Cola actually has 30 grams less than that. You are living a healthier lifestyle skipping sodas and guzzling down fraps.

But what about the sugar crash after?

The thing is, it’s not just coffee and sodas that are the culprits here. It’s your red bulls, juices, smoothies, and drinkable yogurt, that you might not think would be horrible to your overall health but they are.

High intake of these drinks has been linked to diabetes, dementia, and Alzheimer’s.

Not only do these sugary drinks crush your soul and health, they also destroy your performance because at the end of the day… you’ll just be tired and you can’t go back and journal your trades.

How could you possibly know what’s working and what’s not when you’re too tired to review your trades?

Processed food is another big thing America is known for.

Most things are processed one way or another, like pre-cut veggies and fruit.

This isn’t just chemically processed foods that are harming your body.

I am talking about an ingredients list that makes your head spin due to it being as long as a novel and sounding like science project materials.

These foods are loaded with sodium, fats, sugar, artificial ingredients, and typically they are very high in calories.

Highly processed foods are a slippery slope because the “processing” being bad for you… is also what makes meals easier to throw together, pick up on the way home, and create yummy after-dinner snacks.

This American staple is linked to high blood pressure, blood glucose, poor memory, and cognitive decline. Also, more visible issues like your pants refusing to pull up past your thighs.

And besides giving you access to easier, quicker meals…

… processed foods give you more bang for your buck and they are so easy to eat.

I get it, I’ve been there… so many “advantages” to processed foods…

But have you ever thought about how you feel after eating a microwavable meal?

You just feel so heavy and tired… and if you’re eating that during the trading day, good luck finding monster winners like this… 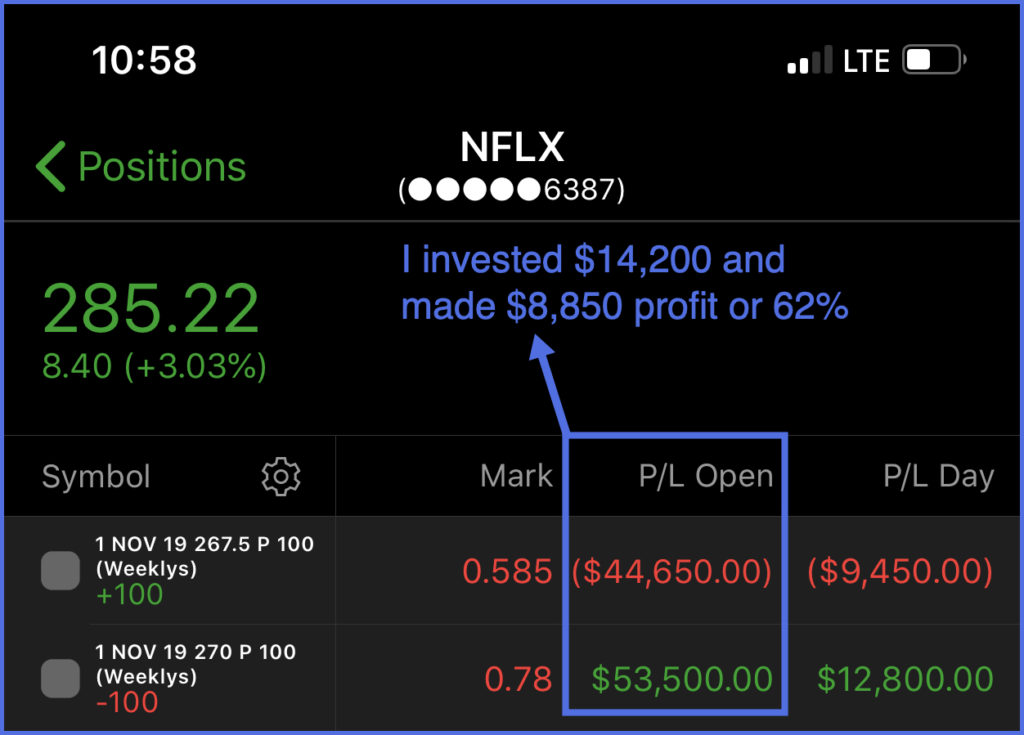 Refined carbs are that morning muffin or bagel you grab while getting your Starbucks coffee (Yes, that Frappuccino) thinking you made a healthy choice.

Maybe the Olive Garden breadbasket is your kryptonite.

Refined carbs are so plentiful that it is almost as hard to quit them as it is to go completely carb-free.

Refined carbs are terrible for your health because of how high glycemic index is. It’s also the main contributing factors to why you eat so much of them.

You can scarf down a donut at 8 am meeting and then 30 minutes later swear it’s like you ate nothing.

These products are loaded with sugars, fats, sodium, artificial ingredients, and empty calories.

What’s worse is that you might think you’re saving yourself some time by grabbing that quick donut or butter bagel… and head to your battle station.

But by the time the opening bell rings… you’re in a daze — slow to pull the trigger.

Also, afternoon crashes due to you not balancing out your diet with protein and fiber.

The occasional after-dinner drink or champagne at wedding isn’t necessarily what this section stands for.

This is the guy that hits happy hour multiple times a week. The lady who sips down a whole bottle of Moscato on the reg. And of course, any of the characters you would see in a movie about college students.

There is a fine line here that separates a simple drink at dinner and getting buzzed or hammered several times a week.

While there are the obvious effects like the good ole fashion beer gut there are many more effects alcohol has on the body. Many having a major impact on the brain beyond a hangover.

Effects like a disruption in the brain’s neurotransmitters and brain volume reduction. Alcohol also lowers the B1 levels in the body that can result in severe brain damage.

How many times have you crushed a couple of beers, thinking I’m fine — I’ll be up early… only to wake up at 9:25 AM, just before the opening bell as you rush to get to your trade setup.

Only to watch the markets and sit there, not wanting to do anything because you’re hungover?

I can tell you it happens to a lot of traders… and when you do that, you miss out on a lot of money-making opportunities.

Many people make the judgement that picking up drinks or snack stating that it is sugar-free is the healthier choice.

Well if that item is fresh fruit from Whole Foods or Trader Joe’s, you might be correct. But that isn’t usually the case.

Often these treats include artificial sweeteners like fructose, aspartame, and glucose.

Many of these items are marketed as healthier choices since the common concession is sugar is “bad” for you. The easy conclusion is to replace sugar with something else.

Besides these fake sweeteners are just as addictive as sugar. Artificial sweeteners have a negative effect on your brain. Damaging brain cells, hindering brain function, and increase your risk of dementia.

You may have noticed by now much this list can overlap, like sugar-free foods are also highly processed and full of refined carbs.

Watch What You Eat

Your brain is the best tool you have in your arsenal, and you have to do everything in your power to keep it in tip-top shape.

It is the central command for your whole body.

The best way to keep yourself at peak operating conditions is to ensure what you fuel yourself with isn’t going slow you down or damage you.

Make yourself reach for that elite level to be successful instead of settling for a mediocre life sipping Coke Zero, munching chips and wishing you were out of debt.

Changing your diet is just one way to get an edge in the market. Another way would be to use a simple trading strategy that doesn’t require a whole lot of mental capacity.

One that allows you to just spot two simple patterns, quickly create a trading plan… and consistently lock down winners.

If you’re interested in taking advantage of some of the most exciting stocks in the market… click here to find out how.