Wow, what a rollercoaster ride of a market its been the past few trading sessions… one week traders are dumping stocks due to fears of the coronavirus, the next everyone and their brother are buying the dip.

Last week, I locked in a $10,000 profit on my Jackpot trade — good for a 50% winner overnight. However, if you received the alert and held onto the trade… you could’ve made as much as 148% in just a matter of days.

(Don’t get caught on the sidelines when my next Jackpot trade drops. Click here to learn how you can rake in massive returns, in a matter of days)

Retire Rich With This One Simple Indicator?

Before Nathan Bear discovered LottoX, he was a small business owner, dabbling in stocks for eight years— with nothing to show for it.

With a wife and four kids depending on him— Nathan knew he was up against the clock.

His dream of making it as a trader was fading away. That is until he made one radical change to how he approached the market.

Last year, LottoX helped him make $1.3M in trading profits. And for the first time ever, he’s releasing his life-changing system to the public.

This week, I was able to replicate that success, as I locked in yet another 50% winner overnight.

How exactly did I spot my most recent Jackpot Trades winner?

You’re probably wondering, Jason, how the heck did you spot two +50% winners back to back?

Well, if you missed out on last week’s Jackpot trade, you can get a comprehensive overview of how I spotted the trade here. Today, I want to walk you through how I spotted yet another 50% winner that was good for a $2,460 profit in just one day’s time.

And when you hear how I find my Jackpot Trades, you’ll be kicking yourself at not joining sooner. Let me break it down for you.

Every Monday, I send out my best trade idea to clients. In it, I provide a thorough analysis of the play… and it can range from a catalyst I see to my favorite chart pattern. I don’t discriminate when it comes to making money in the markets.

Let me show you how it all works.

On Monday, I spotted a stock with an upcoming catalyst event, and I figured the stock had tremendous upside potential heading into this.

Well, at one point the stock traded above $25 a share, but the FCC rejected their plans to conduct airwaves sale privately… and that crushed it. However, there is an FCC vote later this month, as they would look to re-evaluate the set of rules of the company’s sale.

It’s expected that privately, the auction for the company’s C-band airwaves could fetch billions… and the stock has a market cap of less than $1B. If you think about it, a lot of traders may buy ahead of this event in an attempt to capture the massive upside potential.

The thing is, with billions of dollars on the table… you can imagine how aggressive the company would be with its lobbying efforts. If the FCC actually changed the rules, it would be a windfall for the company.

On the other hand, the downside was if the company’s lobby efforts fall short… it would take on a large amount of debt, and a small public auction wouldn’t bring home enough cash to keep the company from heading into bankruptcy.

With that being said, there was a lot of risk on the table.

However, when I looked at the charts, my fish hook pattern came up, and the stock actually caught a nice pop the day after I got into the trade! 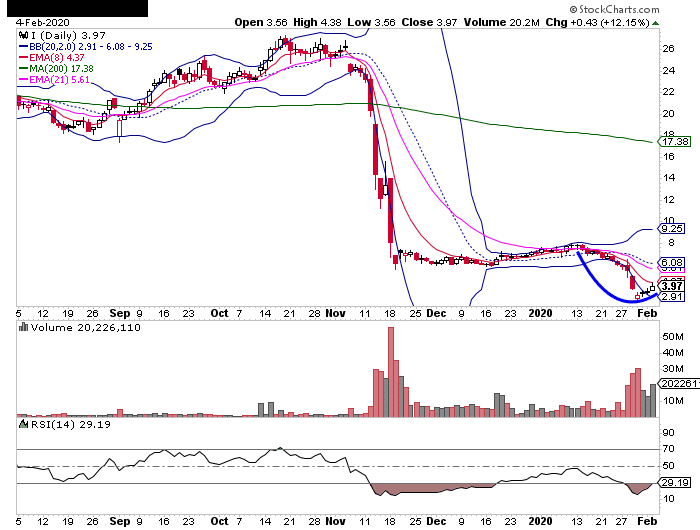 The thing is… when there’s a lot of risk on the table, it wouldn’t be wise to buy the stock outright. Why? Well, what happens if the lobbyists failed and the stock tailspins into bankruptcy?

The stock would get crushed and potentially head into sub-$1 territory.

So what did I decide to do instead?

I bought calls in the name instead because I knew exactly how much I would lose, and I would be able to manage my risk properly in relation to my account size.

Just one day after I got into the trade, I nailed a 50% winner and I took my profits off the table! 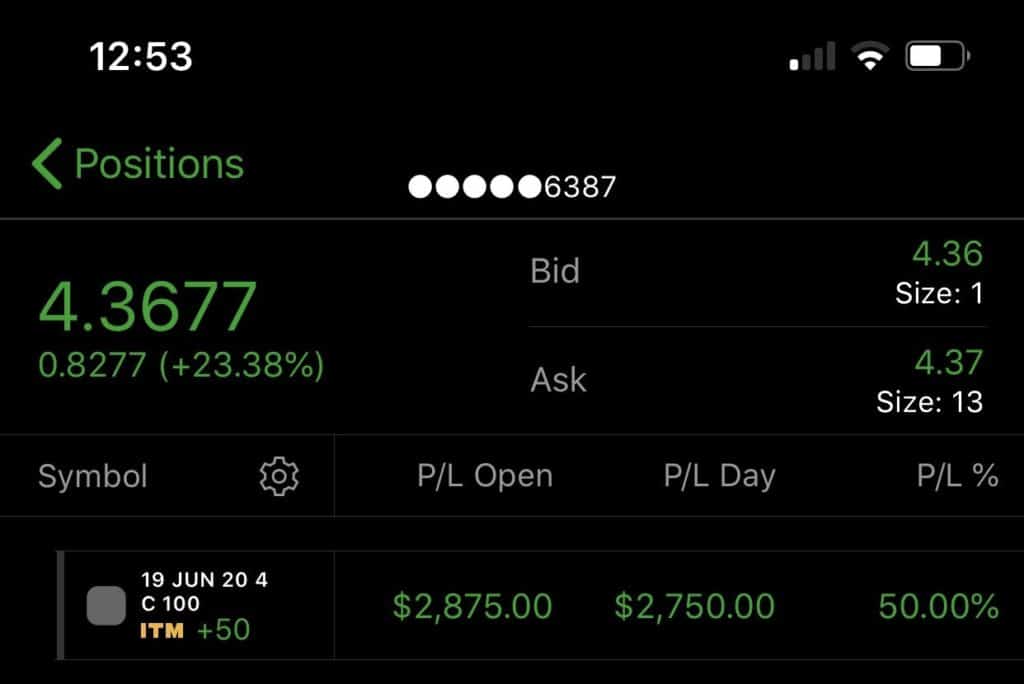 The stock ran up, as the FCC vote appeared to be on February 6. Sure, I could hold on for the homerun, but I figured 50% overnight was a homerun, especially when it comes to Jackpot Trades.

So I played it safe and locked the winner down. Sure, I may have left some on the table, but I stuck with my plan… and that’s 2 back to back winners for Jackpot Trades… A $10,000 winner last week and $2,460 this week.

If you missed out on my Jackpot Trades winners the last two weeks, don’t worry… I think there are plenty more where that came from. If you want to learn how to receive my best trade idea via email every Monday, then click here to watch this short clip on why I think Jackpot Trades may be the solution for traders strapped for time.